Researchers at UC Davis have confirmed that almost 70% of “extra virgin olive oil” doesn’t even meet the actual standard. In fact, the New York Times even stated that most of your olive oil doesn’t even come from the countries they claim to come from.

The majority of commercial “extra virgin olive oil” is produced by adding fillers and unnatural ingredients to give it an uncommon taste. That’s like someone trying to sell you caviar when 80% of it is actually tapioca.

For years, nearly every brand in the supermarket has been supposedly selling authentic extra virgin olive oil that contains less than pure, older, and filler ingredients at a much higher cost – all without your knowledge.

The southern region of Spain is known as the “holy land” of olive trees. We want to help you get TRUE natural extra virgin olive oil straight from here.

Getting your olive oil right from the farmers themselves is the only way to get the purest extra virgin olive oil with all its health benefits. We work directly with the families and harvesters that produce the olive oil in this region, including our own. 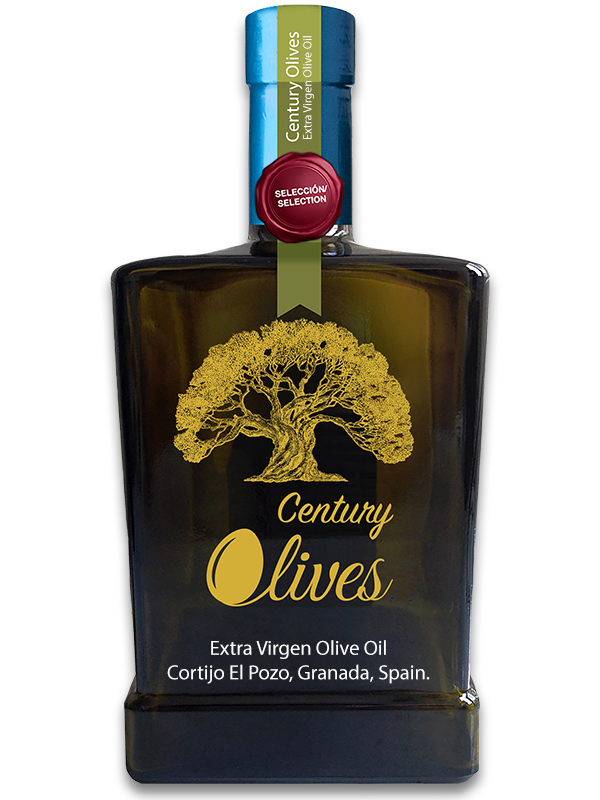 By taking part in our

Olive oil cold pressed within 8 hours of being harvested.

Packaged and shipped directly from Granada Spain to you.

The possibility to have an expertly crafted box that serves as an eye catching container for your olive oil while being the perfect way to give this olive oil as a gift.

What do you receive

when you adopt an olive tree?

8 custom made bottles of 1/2 liters of extra virgin olive oil.

Full access to our app of the Adopt a Century Olive Tree program for iOS and Android devices.

The best tasting olive oil I’ve ever had. We look forward to supporting Century Olives Life for years to come!!

What a fabulous marketing niche and a great product. We are thrilled as we watch your success!

The oil was beautifully packaged …. This has been one of the best purchases I’ve made.